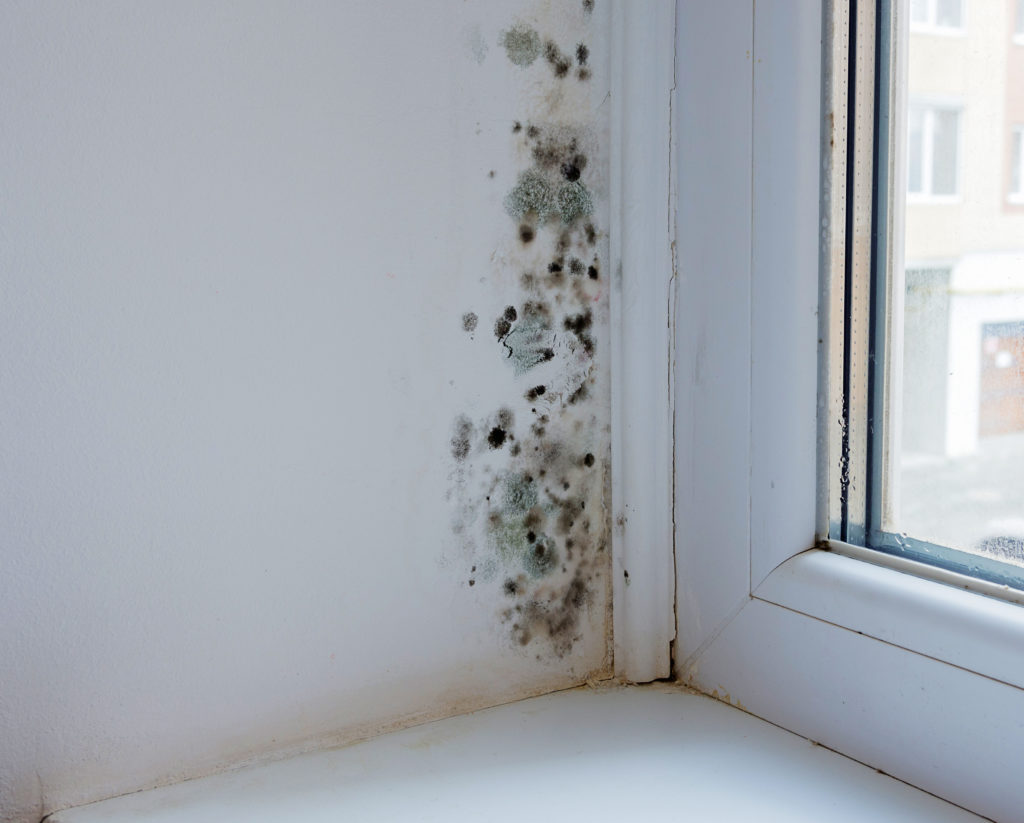 What do you know about mould in your home? We guarantee at least some of it isn’t true! Read the top five myths the Robson Restoration team often encounters about mould. Some of these myths are persistent, leading to mould becoming a major problem for people’s homes and health!

Myth #1: Mould Can Only Grow Where It Is Wet

It’s not true that mould only grows in wet environments. While it initially needs moisture to start growing, a surface can completely dry out, and mould will still grow! It’s because mould can also live off of the moisture in the air if the environment has anything above 4% relative humidity; if it’s below 4%, the mould will die off.

It means that you can’t permanently get rid of mould by only drying the area after cleaning. The only way to reduce and eliminate mould is to fix the source of moisture, dry out the problem area, and then scrub the surface with a specialized mould cleaning product to kill any remaining spores.

Myth #2: I Can Paint Over Mould After I’ve Cleaned It

Many people think that a coat of paint or wallpaper over a spot affected by mould will work, only to discover that the problem has reappeared and the material has started peeling off. If you haven’t removed mould properly, it’s going to return, eating through even mould-resistant paint and the money you spent on your renovations. Eliminating the mould and its cause is necessary before you do any redecorating.

Household chemicals such as hydrogen peroxide (which you’ll know as bleach) are often not enough to remove all of the mould particles – they can often exacerbate the problem! Bleach is a water-based cleaner, and if not dried quickly, the mould can thrive on the moisture. Of course, bleach and the chemicals in it can also be harmful, so use it with an abundance of caution!

Myth #4: Mould Only Comes About Through Bad Housekeeping 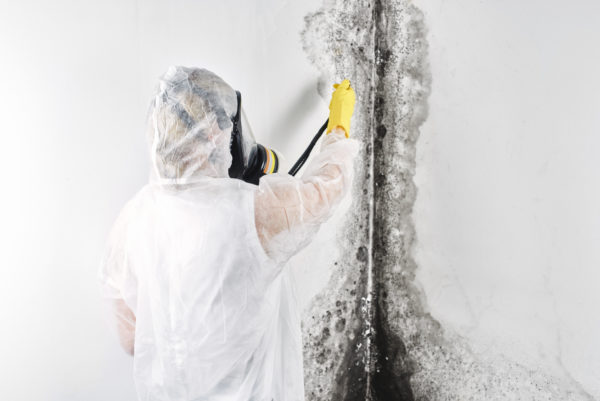 Mould growth is not about how dirty a place is or how well it’s kept; mould is about excess moisture. High humidity, leaks, and damp basements can encourage mould growth no matter how clean a home is.

Mould can even grow in new homes! New builds are often more likely to have serious mould problems than old homes because modern construction materials like drywall absorb more moisture and take longer to dry than older materials. Many of the products we now use to build houses contain many nutrients that mould can thrive on!

Myth #5: Only Black Mould Can Be Dangerous

Did you know that there are over 100,000 varieties of mould? They come in many colours: black, blue, white, orange – the list can go on. Regardless of the colour, some of these are very dangerous, and some are innocuous. Most homeowners do not have the expertise to assess whether what’s growing in their home is dangerous or not, so you should never leave mould unattended.

On the flip side, not all black mould is super dangerous. As we said, mould that grows in homes comes in all types of forms and breeds, so while some are deadly, others are harmless. However, even relatively benign varieties can affect people with allergies, asthma, or compromised immune systems, including seniors and children. As soon as you detect it in your home, call in the professionals!

PrevPreviousHow To Find Mold, Fire, or Water Damage In A New Home
NextHow to keep your basement dryNext

Flooding, mould growth, and water damage don’t occur on a strict 9-5 schedule, and we don’t either. Torontonians need to have access to a company they can trust to do some dirty work at any time, and that’s why Emergency Flood Response is always ready to work for you through our emergency services.

We offer 24/7 emergency services so that you know who to call whenever a disaster strikes and before a bad situation becomes a hopeless one. If you need any of the following right away:

Get in touch with our team – we’ll respond as soon as possible!